My name is Melissa, this is my story

This is Part I of a two part story. Please check back for the next chapter

Two short years ago, my life as I knew it, had reached a point of complete misery. I was involved with a man who was in love with drugs and the street life. This man, who I will call Doug, and I, had gotten pregnant while he was on parole and in a program because he couldn’t end his affair with heroin. While in this program, he violated parole, went on the run, and left me to be evicted from the house I was renting from his mother, who wanted nothing to do with the baby I was carrying. When the police came looking for him he had hid himself in a locked storage room leaving me to either give him up or be arrested myself for harboring a fugitive… an obvious choice, I gave him up.

Afterwards, a friend of mine, who I will call Jack, moved in with me. Less than two months later, he killed himself, right there in our living room, with an intentional overdose of methadone. I tried to move on. After Jack’s suicide I moved from Binghamton, NY to Florida.

My mother lived in Gainesville, and she had promised to take me in and help me get on my feet. Hoping she would be good for her word, I made the trek down to Florida. I arrived in Gainesville around midnight, the 4th of July. I was hungry and exhausted by the trip, and immediately called my Mom. She chose this time to finally tell me that my step father would not allow me to be at their house and in fact, I did not have any place to go.

I found myself at the mercy of a compassionate police officer, who took me to the St. Francis House, a homeless shelter in Gainesville, where I met a man named Tony. We shared very similar stories, and immediately bonded. Soon, what started as a friendship became romantic. Clearly, my pregnancy was not an issue for Tony. We seemed almost destined to be. Tony nurtured me and my unborn baby, and I, in turn, helped him through the pain of his marriage ending and being separated from his children.

After about a month things seemed to have reached a point of stagnation. I was very pregnant and Tony was still very heartbroken. We decided to go to California where Tony had friends who could help us. I needed medical care and a place to live and Tony had decided that he wanted very much to be the baby’s father.

Soon after our arrival in California, our situation became very desperate and the baby was just weeks from birth. We became homeless again, and this time, with not a single option.

August 31, 2013 - Honnah Sophia Gustafson was born. She was a few days premature and we were still homeless. Within 24 hours of delivering a healthy 6 lb. 5 oz. baby my hospital room was full of social workers and police officers. They were taking my baby! No option of getting into emergency shelter! No opportunity for me to work with them! NO RIGHTS TO MOTHER MY CHILD!

My history of drug abuse and a series of very unhealthy relationships had already resulted in having my three children taken from me. The stigma from this was an enormous “red flag” that went up nation-wide, alerting Child Protective Services that I had just given birth again. After a hearing in Family Court I was informed that I would never see Honnah again.

I immediately fell into my old method of "numbing" myself, this time to the extreme that I never even saw myself going to *crystal methamphetamine* I almost instantly fell in love with the high: the euphoria, the numbing, and the amazing way nothing else mattered as long as we (Tony and myself) were high. What I felt would be a controllable recreational use rapidly turned into a full fledged addiction.

At this point, we were living in Golden Gate Park, San Francisco and roaming around Berkeley. We were shooting up to an 8-ball (3.8 grams) or more, each day, for two years… digging in dumpsters and building encampments wherever we wanted just as long as we could get high.

This went on until August 14, 2014. We had become so infested with head and body lice that the bugs would just fall off of us as we walked. We finally went to an emergency room for treatment. Once we were sufficiently decontaminated we asked for a pregnancy test, my period was already over six weeks late. The five minutes we had to wait for the results seemed like an eternity to me — mostly because I was "coming down" from the night before — finally, the doctor arrived to give us the results. 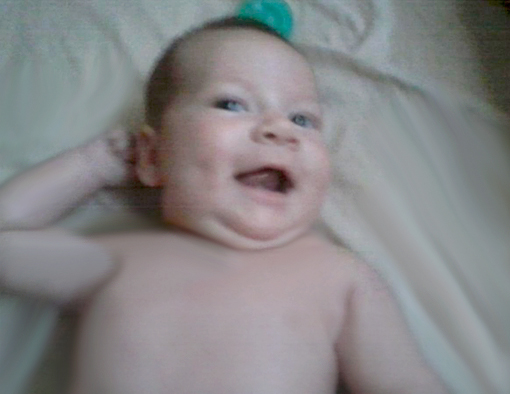 “Well" he said to me, "Your suspicion was right, you’re pregnant."

He gave us some pamphlets and sent us on our way.

This marked the beginning of our road to recovery. We quit getting high and started eating right. We looked for a doctor and tried to find shelter. At around 30-weeks pregnant, I called my mother at random, and asked if we could come home. By this time she had divorced my step dad and moved on to a healthy relationship. This made it possible for us to go back to Florida where we were able to get my medical care and prepare ourselves for our daughter who was only weeks away.

I thank god for every day I get to wake up to her!

If you are aware of a story that belongs here, please let us know!   “Are you the SUCCESS STORY?”
Whether you are, or not, email us at info@ConsiderTheHomeless.org.   Include contact information & best way and times to reach you.

Sign Up on our Email List:   Get notifications of important events, updates and new postings on our site, and other information relevant to the work of Consider The Homeless! In order for this form to be sent, you must complete sections with an *